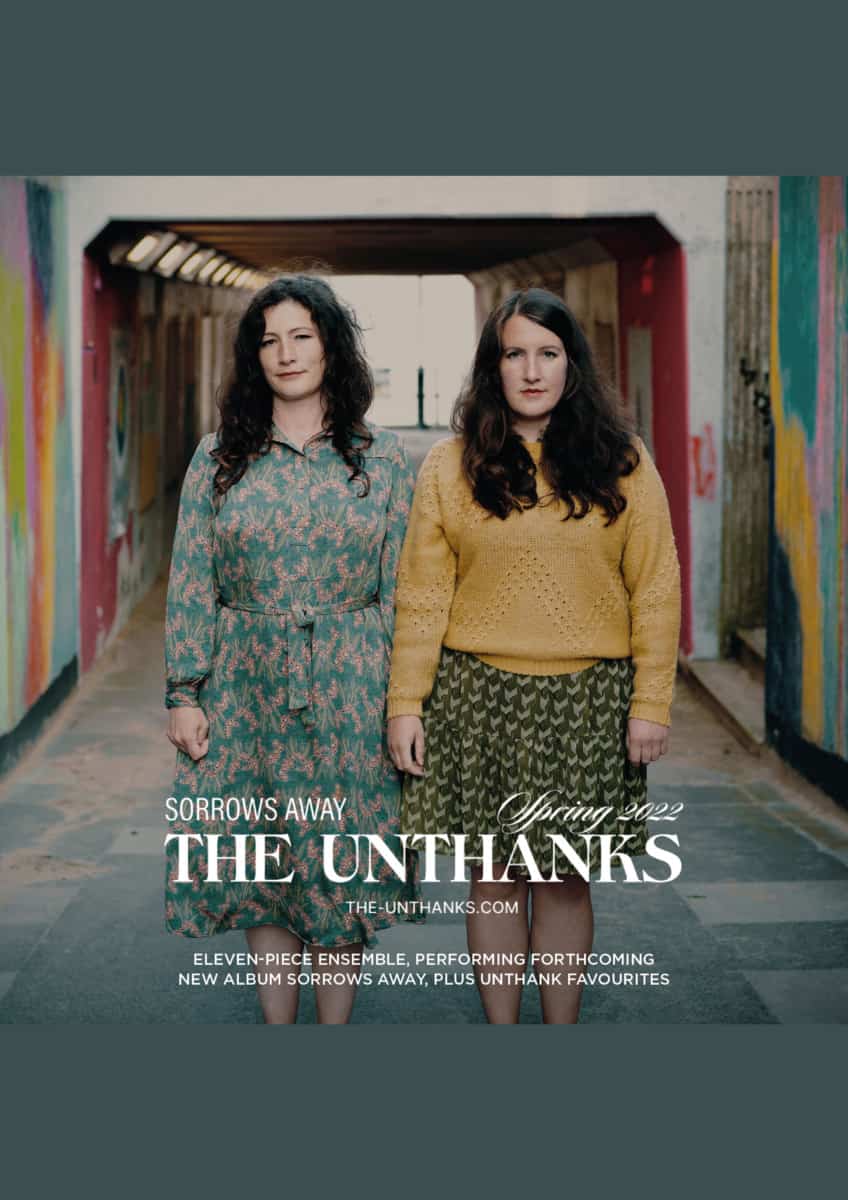 The Unthanks are back in top gear, with the rich and colourful sound of an eleven-piece band to showcase forthcoming album, Sorrows Away, alongside performances of favourites such as The King Of Rome, Magpie, Starless and Mount The Air.
While the past seven years have been as prolific as any, the new record will be the first, full, non-project based Unthanks record since Mount The Air won BBC Folk Album Of The Year in 2015. Promising, as the song goes, to ‘drive sorrows away’, THE UNTHANKS hope that both tour and record will be uplifting for one and all!