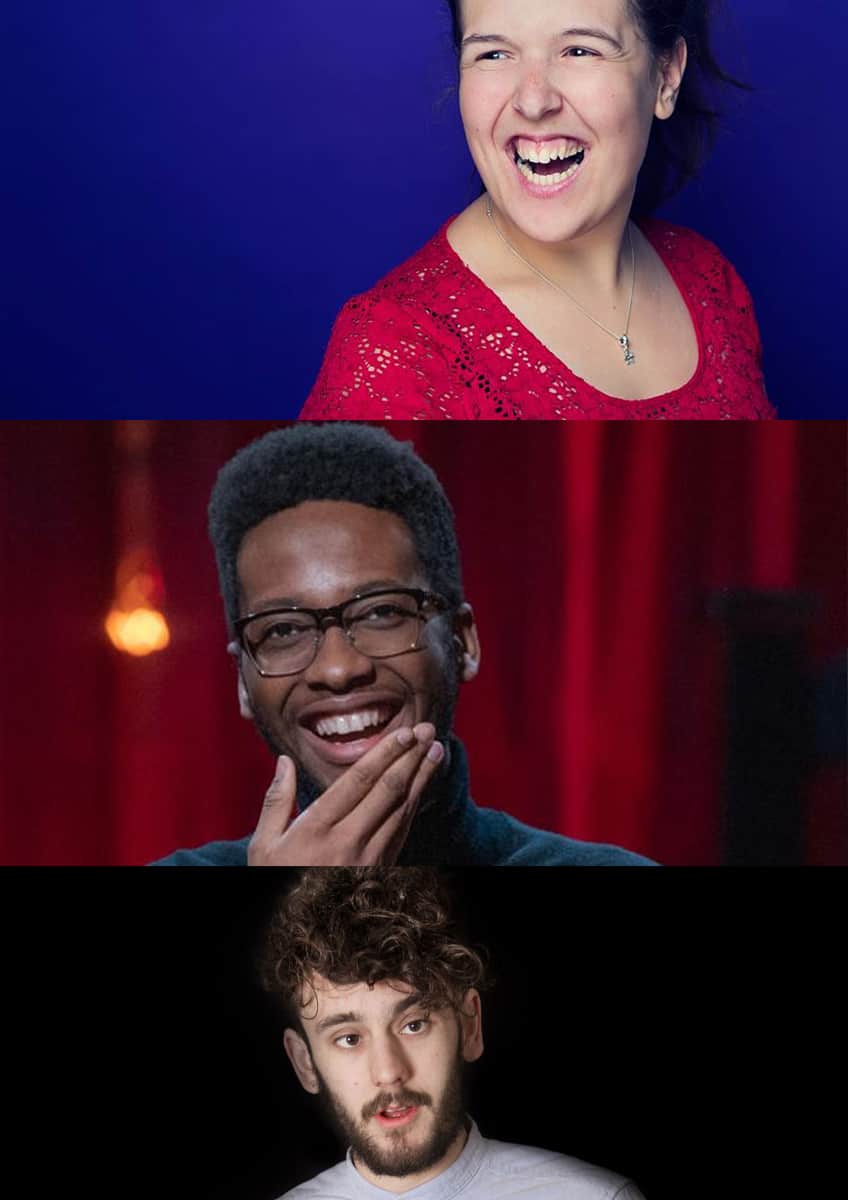 With her infectious laugh and high energy, Rosie Jones has quickly become a must-see act on the UK comedy circuit. The ex-television researcher has starred on Live At The Apollo, The Jonathan Ross Show, 8 Out Of 10 Cats, Cats Does Countdown, The Last Leg, Rosie Jones Tries To Help, Live From The Comedy Store, Joe Lycett’s Got Your Back, Comedy Central UK’s Roast Battle, Mock The Week, Hypothetical, The Ranganation, Jon Richardson’s Channel Hopping, Dating No Filter and The Last Leg Tokyo as well as fronting not one, but two, travelogue series for Channel 4 – Trip Hazard and Mission: Accessible.

Tadiwa Mahlunge is one of comedy’s most exciting new acts, already scoring a multitude of awards including winning London and Manchester King Gong in 2018 and 2020, Semifinalist of Amused Moose New Comedian of the Year in 2019 and 2020, winning The Blackout at Up The Creek 2020 and most recently winning Beat The Frog at The Frog and Bucket in February.

Josh Pugh is a comedian, writer, winner of English Comedian of the Year and the Birmingham Breaking Talent Award.

Daisy Earl is one of the fastest rising stars in Scottish comedy today and is attracting plaudits and accolades at an alarming rate. Having won ‘Best New Comedian’ at the Scottish Variety Awards 2015, she was then crowned ‘Scottish Comedian of The Year’ in the same year, making her the first ever female winner.