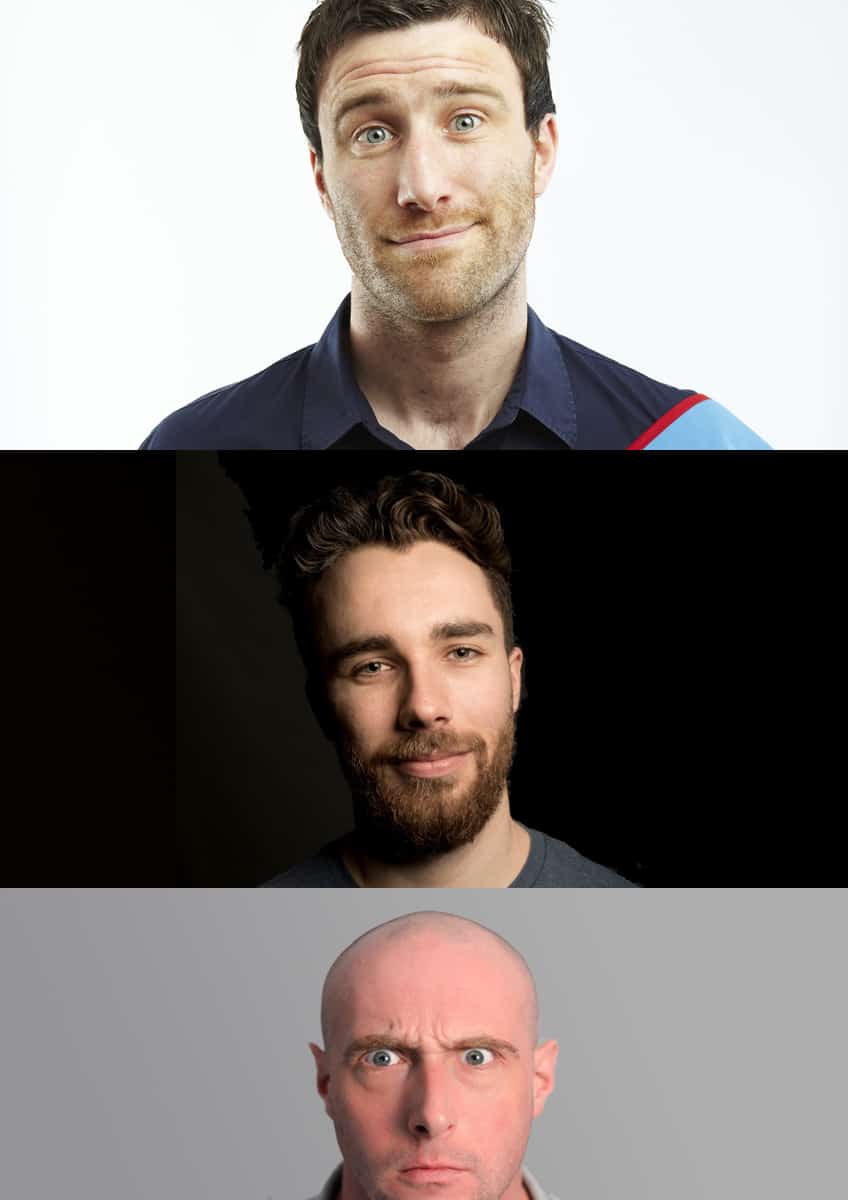 Andrew is a top headline act up and down the country and has performed all round the world.
He has been tour support for Rhod Gilbert, Rob Brydon and on his recent arena tour Michael McIntyre including Wembley and the O2. He’s one of only seven comedians to perform for Banksy at Dismal Land. He’s written on TV shows Jon Richardson’s Ultimate Worrier, 8 Out of 10 Cats Does Countdown and Lee Mack’s Duck Quacks Don’t Echo and is a regular guest on BBC Radio’s The Rhod Gilbert Show.

“Birdie supported me on my arena tour and made me laugh every night. A truly excellent comedian” – Michael McIntyre

Kate Martin is a stand-up comedian who was made in the South but born in the North. Currently storming the clubs in London and beyond.

Charlie Hopkinson. Best known for his Morgan Freeman voice and David Attenborough voice, his voice impressionist videos have been viewed over 100 million times across Facebook and YouTube.

As one of the UK’s leading celebrity voice impersonators, he performs at comedy gigs all over the country.

Dave Longley’s towering stage presence and intensity, combined with his cutting wit have made him one of the most popular circuit comics in the UK, whether it’s doling out thought-provoking insights or revelling in toilet humour, Longley is a gifted wordsmith with great audience interaction skills.