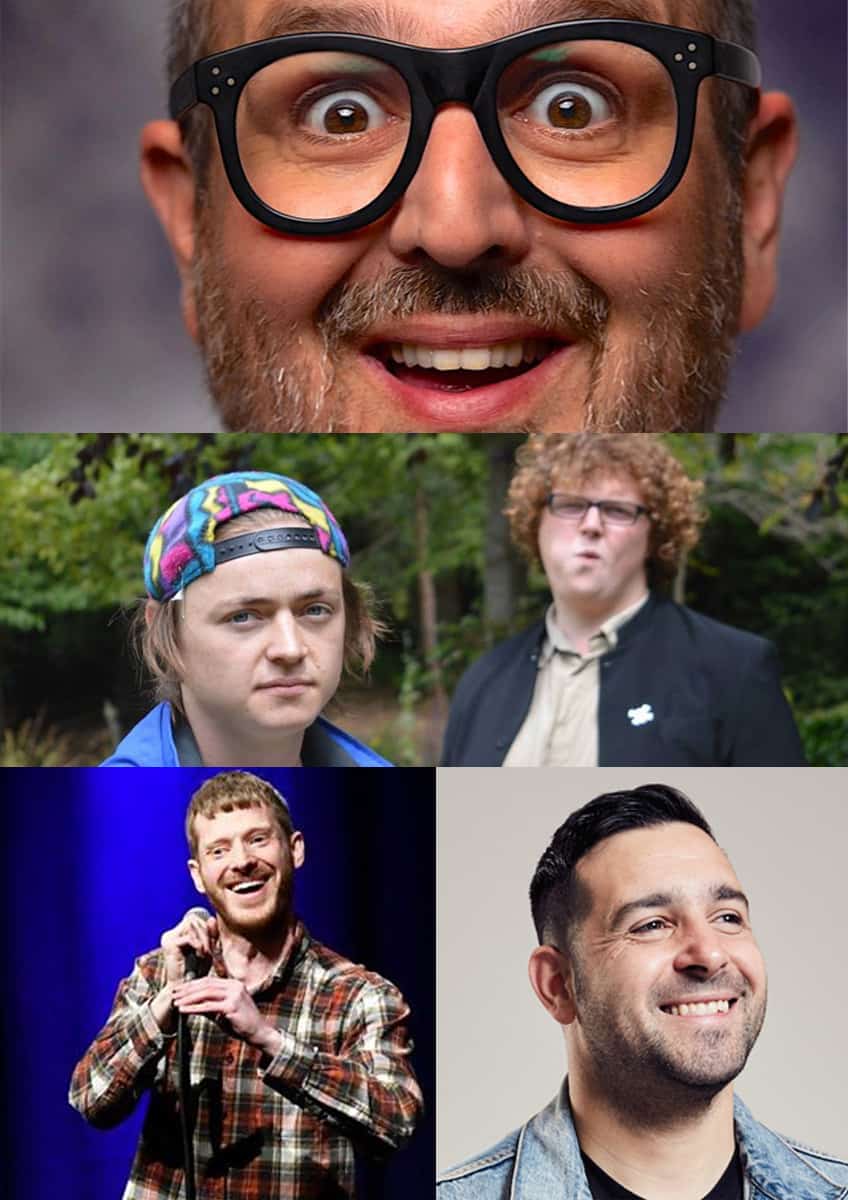 About me? I won Celebrity Mastermind on the 30th December 2011 on BBC1 –my chosen subject was Les Dawson. I’m a vegetarian, dog owner, father of two and I like Batman quite a bit. I’m a comedian, actor, writer and radio presenter. I’m not very good at juggling or triple jump. I’ve done a couple of pantomimes and more theatrically I’ve done two very lovely plays at the Royal Exchange in Manchester. I write and appear in the Radio 4 sitcom called Everyone Quite Likes Justin –it’s often repeated on Radio 4 Extra. I’ll be popping up here and there doing gigs all over the place.

Kieran Ahern and Tom Dowling are Good Kids. Two daft dudes with big vibes. They met in the playground at the age of when they were 4 and have been getting in each other’s way ever since.

“They’re stupid, daft, at times nonsensical. Funny yes but daft as brushes. Just how I love my comedy. Thank the stars they went into stand up and not health care.”
(Johnny Vegas)

Ever since his appearance in the 2008 Chortle Student Comedy Award Final, his quick wit and sharp material has seen Danny firmly establish himself as a sought after act on any stand up bill and a respected club MC.

He’s performed at all of the major UK comedy clubs and festivals and was hand-picked to support a number of high profile acts on tour including Micky Flanagan, Sarah Millican, Doc Brown and Sean Lock.