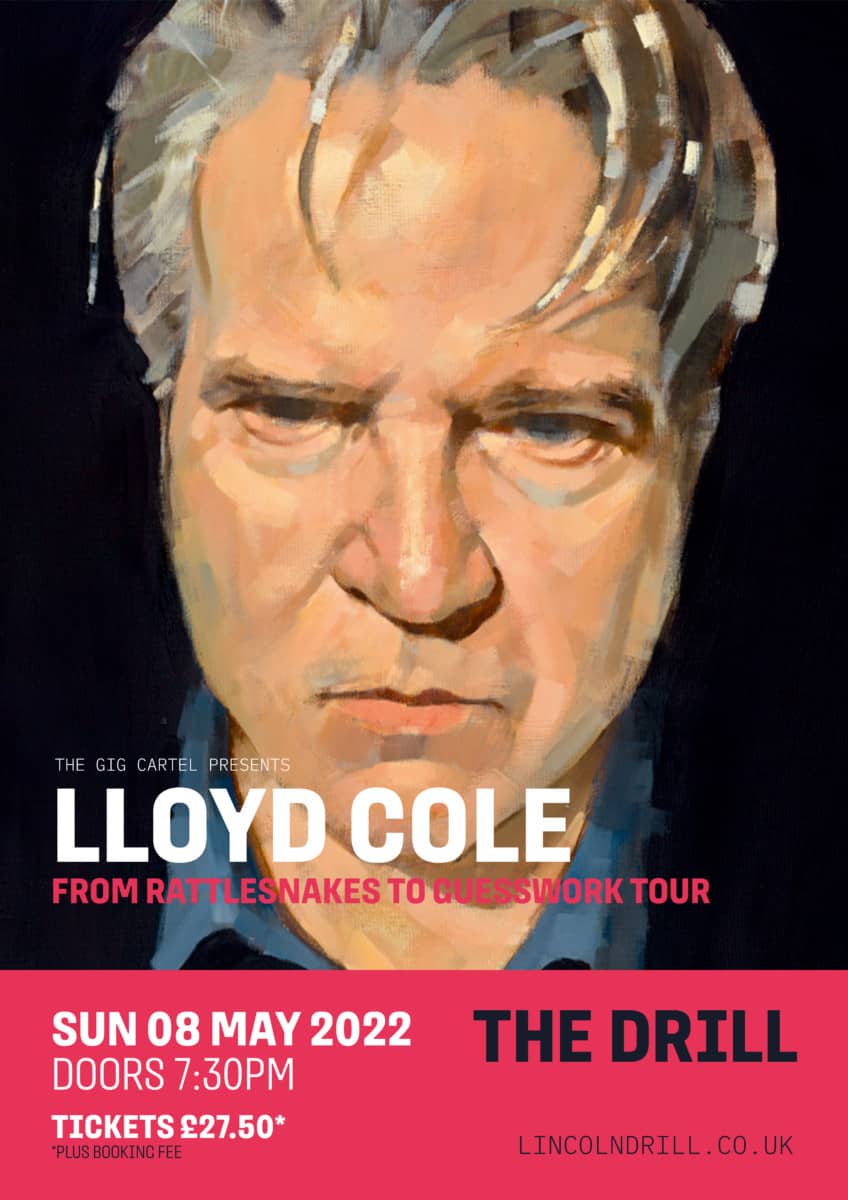 Lloyd Cole brings his latest tour From Rattlesnakes to Guesswork to Lincoln.

In 1990 Lloyd launched a solo career and has been making albums ever since. In the early 2000s Cole retreated somewhat from rock/pop, performing mostly acoustically, but his 2013 album Standards took fans, critics, and maybe even the artist himself, aback with its brash electric rock ‘n’ roll sound.

This show will present music from Lloyd’s back catalogue, starting with Rattlesnakes in 1984, right up to his latest album Guesswork.

His latest album, Guesswork, mirrors the uncertainty of the world as you enter your third act and is consistent with a record whose protagonists seem reluctant to venture confidently beyond the moment.