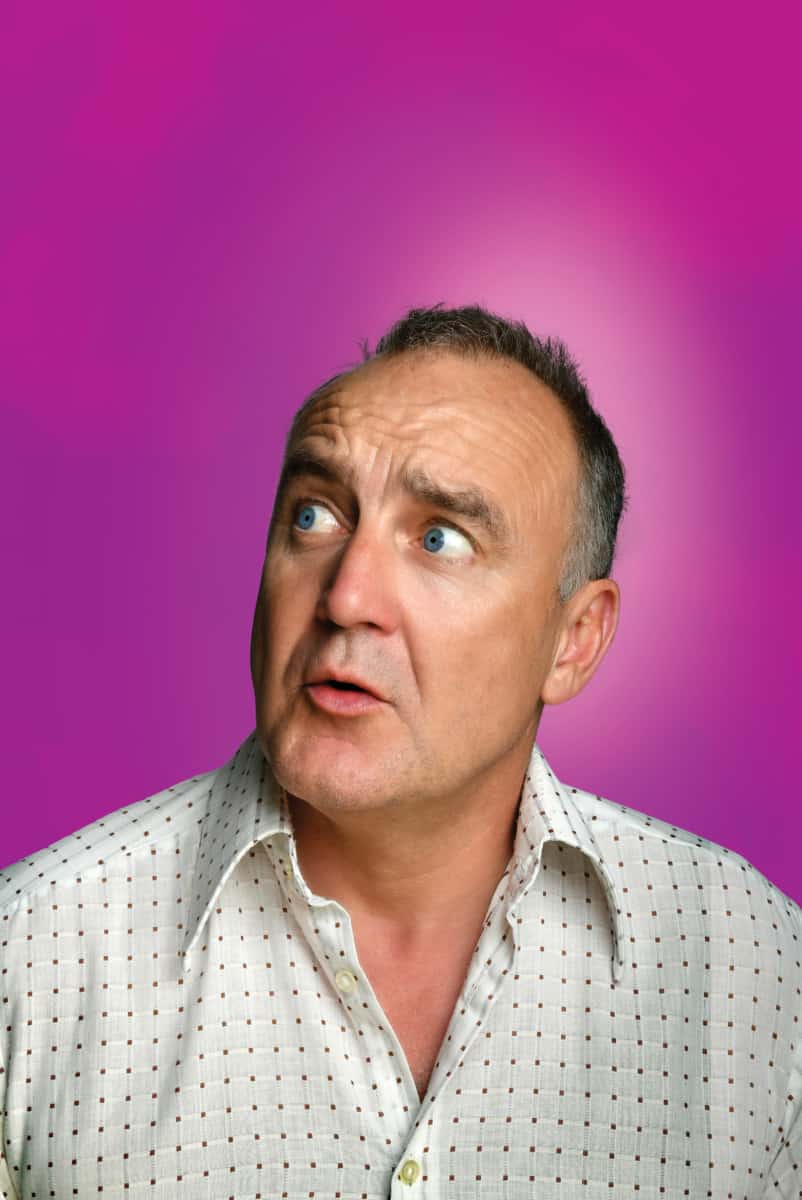 You’ve seen him on ‘The Royal Variety Performance’, ‘Live at the Apollo’, ‘Sunday Night at the Palladium’, ‘Conan O’Brien’ or perhaps online where he has clocked up hundreds of millions of views of his comedy clips… but NOTHING beats seeing Jimeoin live.

Award-winning with a wide appeal and a cheeky, no-gimmicks and superbly observed sense of humour, Jimeoin has audiences in stitches across the UK, Europe, USA and of his adopted homeland of Australia.

Catch his brilliant smash-hit ‘Jimeoin: The Craic!’ show on tour at The Drill.  The press say that he’s at the very top of the game -and we absolutely agree!  It’s a great fun night out and we recommend you book fast.

May contain some adult language

‘Jimeoin recalls the familiar at a fantastically silly level, boiling his audience down to a tear-filled, gibbering mess.’ (Scotland on Sunday)

‘Hilarious… If laughter is the best medicine, Jimeoin is a course of steroids…. Don’t you miss it!’ (Edinburgh Evening News)

‘A true comedy legend… still at the top of his game.’ ****½ (Adelaide Advertiser)

‘Inspired!… This is comedy of the highest order!’ (London Evening Standard)