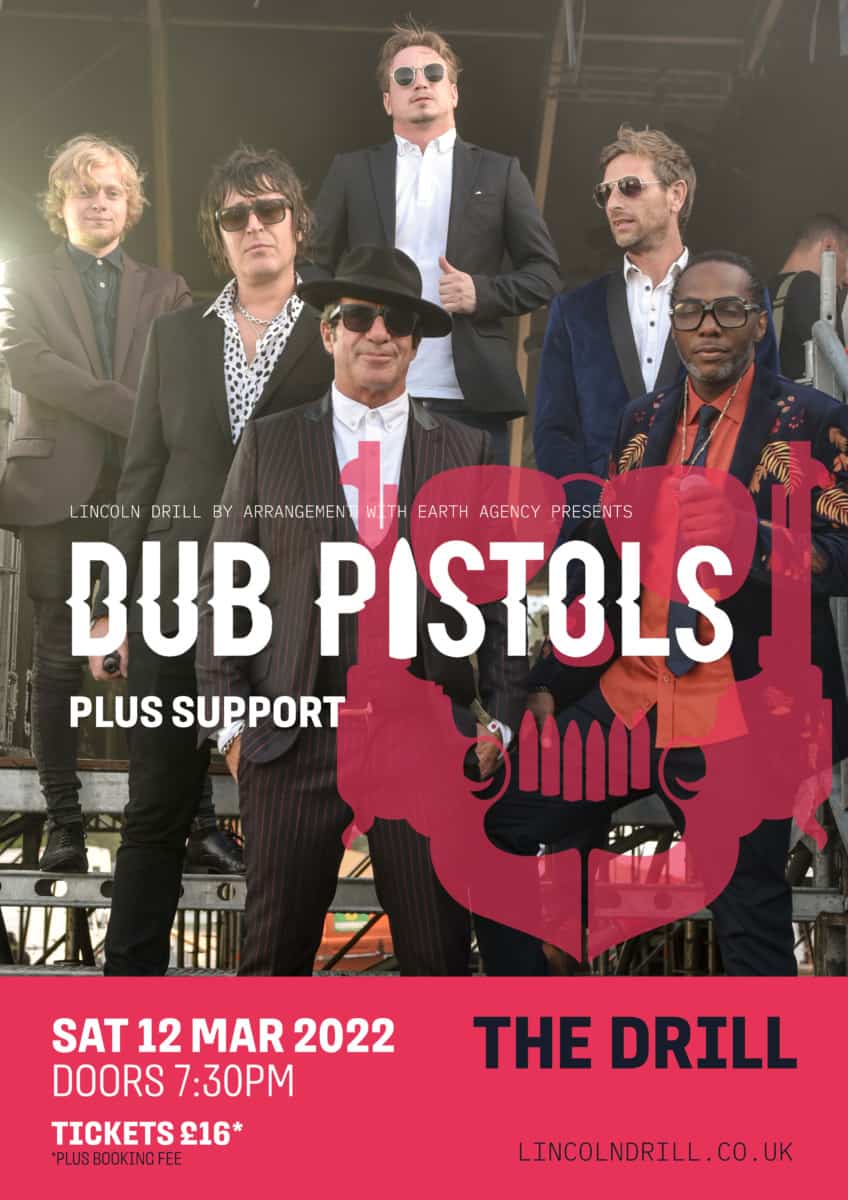 Since their formation in 1996, Dub Pistols have survived international terrorism, inter-band warfare and the wheels falling off their operation numerous times.
Now a slickly drilled outfit, they’ve nevertheless lost none of their kick-ass vitality and renegade edge wherever they rock up to play.
Achieving further acclaim and chart success in the last decade with 2015’s ‘Return of The Pistoleros’ and Official UK Top 40 chart and UK Independent chart Top 5 album ‘Crazy Diamonds’ (2017), the band now look forward to opening an all-new chapter in the 2020’s with new release ‘Addict’.