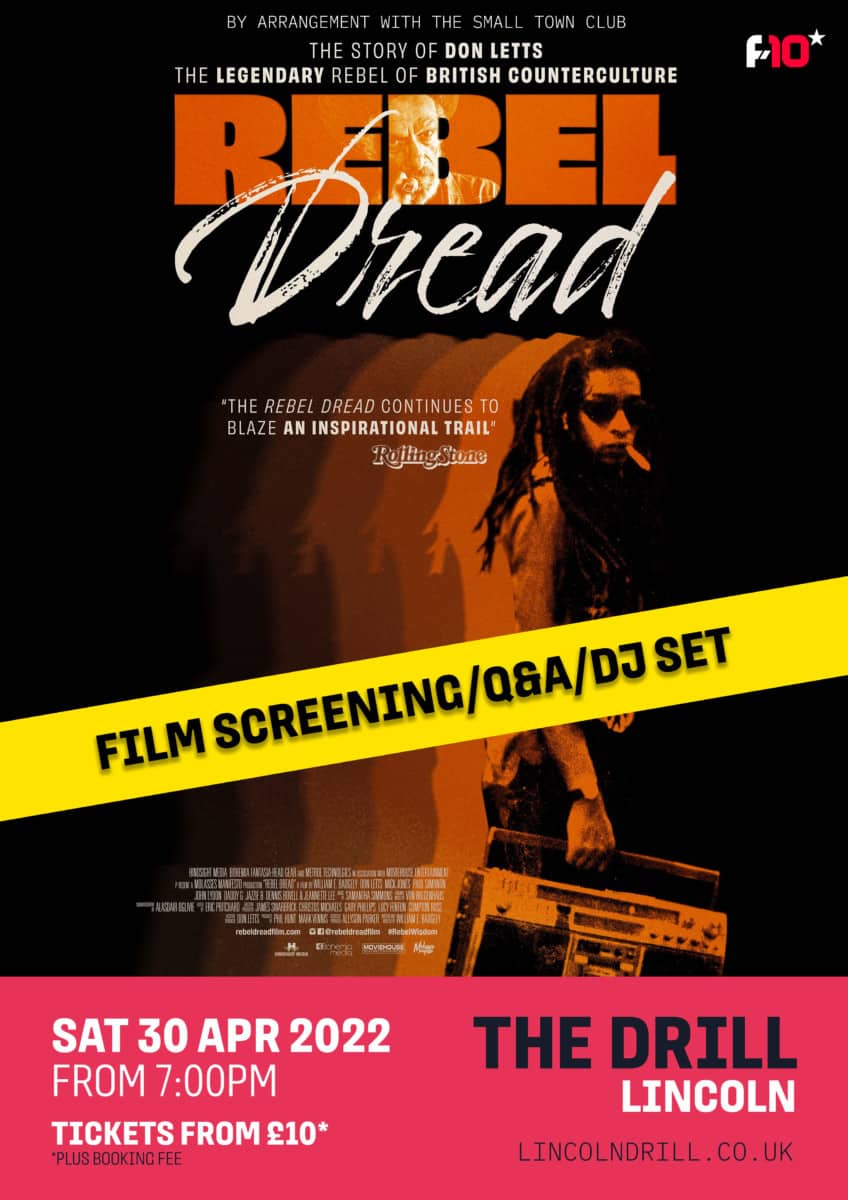 This is event is postponed.  For any ticket holders please be advised the Box Office will be in touch as soon as an announcement is made with a new date.  Your tickets will be automatically transferred to the new date.  The new date will be announced w/c 2nd May 2022.
Rebel Dread is the story of Don Letts…

Described as a ‘cultural commentator, filmmaker, musician and raconteur’, first generation black Briton Don Letts was at the Centre of the great cultural crossover between punks and Rastas in 1976 and 1977 as The Roxy Club’s resident DJ,

He went on to become part of The Clash’s inner circle, helped John Lydon to find Jamaican reggae acts to sign to Virgin, forged a career as a pop promo director, founded Big Audio Dynamite with Mick Jones and won a Grammy for his documentary Westway to the World: The Story of the Clash.

Don’s eventful life story is told in a new documentary, Rebel Dread, which draws on extensive footage – much of it previously unseen – from his own archive, to explore this great coming together of disaffected youth in Thatcher’s Britain, against a backdrop of racism and unemployment.

Don will be present for a Q&A after a special screening of Rebel Dread at The Drill, Lincoln on Saturday 30th April 2022. This will be followed by a DJ set from Don himself, supported by selectress sugarKane, expect some proper roots music before the Don hits the decks. Organised by arrangement with The Small Town Club.