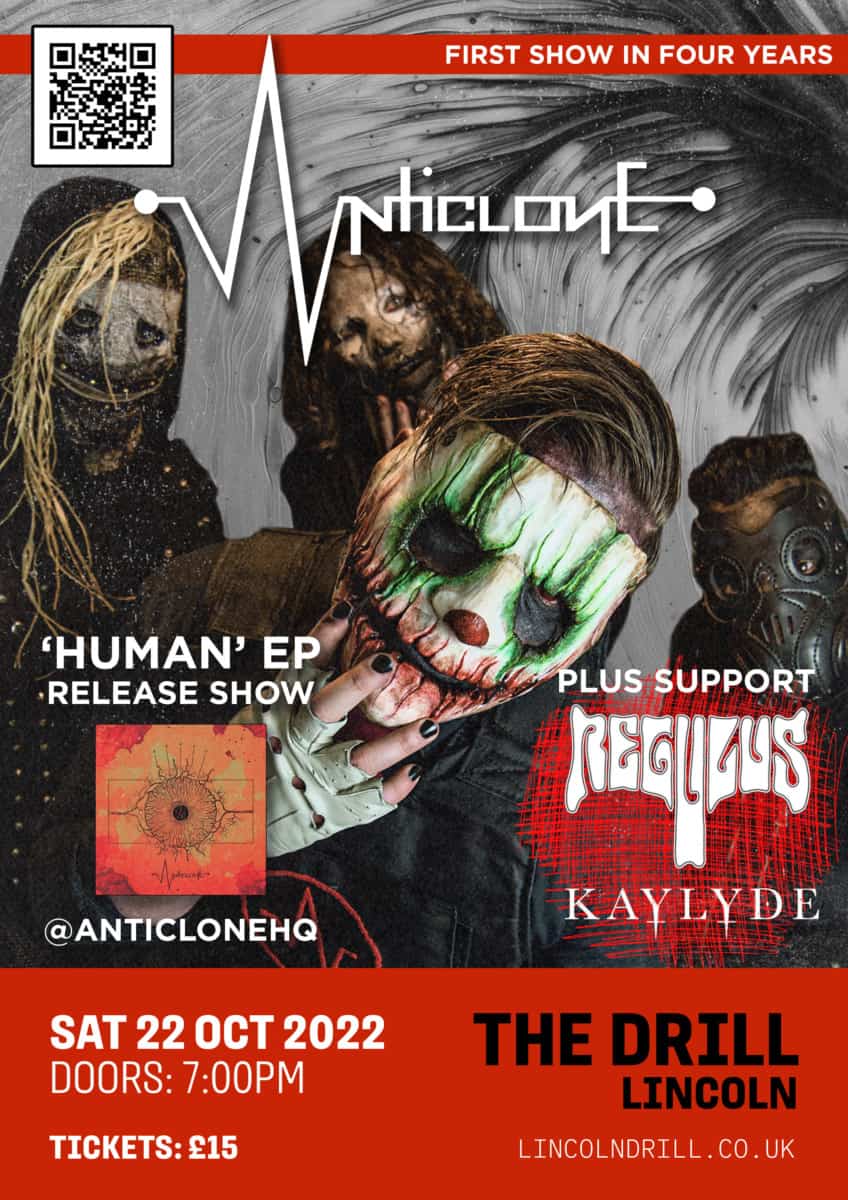 Returning after a four year hiatus for with a brand new look, a brand new lineup, and their new EP ‘Human’, Anti-Clone are back with their biggest Lincoln show to date!

Originally formed in 2011, Anti-Clone have come a long way since the Axe and Cleaver in Boston. The nu-metal/ industrial juggernaut released their debut EP ‘Hands Sewn Together’ in 2014 to critical acclaim, garnering reviews in magazines such as Big Cheese and Terrorizer. Produced by Matt Hyde (Slipknot, Bullet For My Valentine, Machine Head), his wealth of experience with some the world’s best known metal bands was invaluable in shaping fledgeling band’s sound. On the back of this release they went on a full European tour with Ragga metal titans Skindred, exciting audiences from France to Poland and everywhere in between.